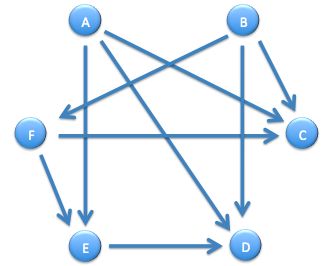 The diagram shows some of the results of a six-person contest. There are two matches left for everybody.
An arrow pointing from one player to another signifies that the first player defeated the second player in the match. For example, player A defeated player C in their match.

Which player has the strongest opponents left to play?