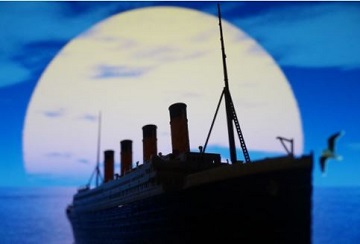 The sinking of the unsinkable RMS Titanic in 1912 (after it hit an iceberg on its maiden voyage) is a well known engineering disaster story. As with many such disaster stories it was not just one thing that caused the disaster, but a whole catalog of errors.

The sides of the ship were 1 inch thick mild-steel plates, overlapped and hot-riveted together. In this case the iron (or steel) rivets were heated until they were red hot (actually glowing red) then pushed into holes in the steel plates and hammered over. As the rivets cooled, they contracted, making really strong joints.