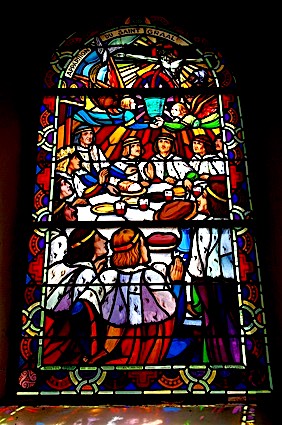 Alcuin, Abbot of Canterbury (AD 735-804) and one of the first English puzzlemakers asked "If 100 bushels of corn were distributed among 100 people in such a manner that each man received three bushels, each woman two, and each child half a bushel, how many men, women, and children were there?"

There are many different correct answers. If the number of men, women, and children are as close to each other as possible, what is the number of children?