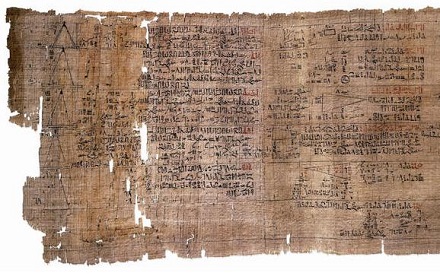 One hundred eleven measures of corn must be divided among 3 peasants, such that the second peasant gets the same factor more than the first peasant, as the third gets more than the second.

How many measures of corn shall the second peasant get?

The puzzle is inspired by one of the most ancient math puzzles known on the Earth. About 1650 B. C., Egyptian scribe Ahmes, made a transcript of even more ancient mathematical scriptures dating to the reign of the Pharaoh Amenemhat III.