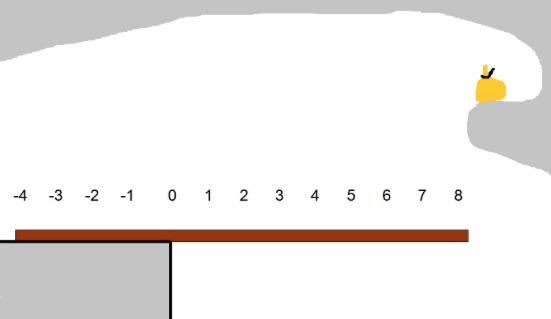 A pirate captain takes his pirate crew into the treasure cave shown. The Captain marks the sturdy plank in units of the depth of a pirate, meaning pirates can stand on the marked positions, but not any closer. All of the pirates, including the Captain, are the same weight, and the bag of Gold is one quarter the weight of a pirate.

The Captain, being bold and fearless, is going to walk on the unsecured plank over the edge of the steep cliff to position 8 and collect the Gold. He does not worry about falling to his death in the bottomless pit below.

How many pirates are needed to stand on the plank to support the Captain?